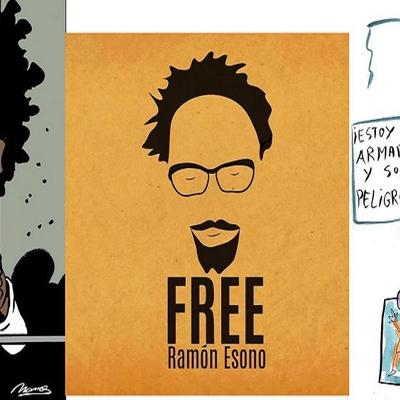 EQUATORIAL GUINEA | On the 16th of September 2017, Ramón Esono Ebalé (a cartoonist and activist from Equatorial Guinea) was arrested. The artist, who works under the pen name, Jamón y Queso has been detained at Black Beach prison in capital Malabo under as yet unspecified charges. Without any formal charges to substantiate the reasons for his arrest, it is believed to be related to his work which is often critical of the present government of Equatorial Guinea. Artwatch Africa joins other international organisations, such as Freemuse, PEN International and Amnesty International, in a call to the local authorities to release Ebalé and uphold the international agreements that are in place to protect the artist’s right to freedom of creative expression and freedom from repression. A #FreeNseRamon cartoon campaign and online petition, initiated by EG Justice, were launched on the 1st of November 2017. Sign here.

TANZANIA | A year ago in September 2016, Arterial Network shared the news of Mwana Cotide and Mussa Sekabwe’s arrests in Tanzania following the release of the song Dikteta Uchwara (translation: Petty Dictator).The pair were accused of libel against the Tanzanian President, John Magufuli, and are still awaiting the conclusion of their trial. In a tragic turn of events, Tundu Lissu (their defense lawyer and a strong voice of opposition within Parliament) was shot in September 2017 leaving the artists without legal representation while he recovers in neighbouring Kenya, in fear of further retribution. The volatile climate extends further than the trial as human rights defenders across the country have continued to suffer various forms of repression. (See statistics listed here and here.)

In August 2017, Freemuse announced that CORA/ Arterial Network Nigeria’s national coordinator, Ayodele Ganiu, had been appointed as their new Africa Regional Programme Officer based in Lagos, Nigeria. Over the last few years, Ayodele has also worked in support of artists in Nigeria under the auspices of the Artwatch Africa project. Congratulations, Ayo!

In September 2017, Artists At Risk Connection launched their new website – an interactive hub to gather, share, and coordinate the many resources, services, and forms of assistance available to artists at risk. Arterial Network has been included in their database, along with numerous diverse partners in this growing area of intervention. Visit their website by clicking here: https://artistsatriskconnection.org 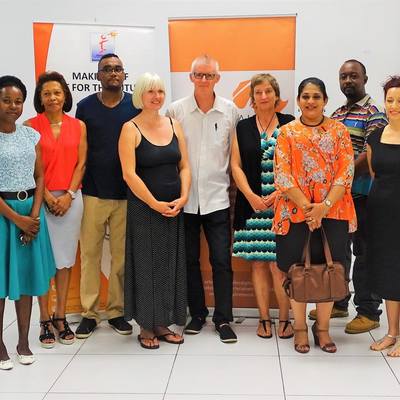